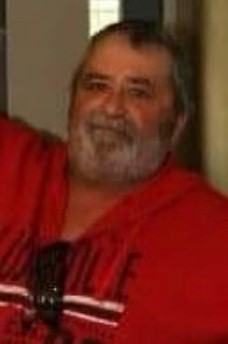 Keith Victor Coomer was born February 22, 1956 in Campbellsville, Ky. and departed this life suddenly on June 17, 2021 at Jewish Hospital in Louisville, Ky. He had attained the age of 65 years, 3 months, 26 days.

He was preceded in death by his parents, Florence Opal Shuffett Coomer and Joseph Lynn Coomer as well as his brother, Randy Delmer Coomer and his brother in law, Joe Marshall.

.Keith professed his Faith in Christ at a young age and was a lifelong member of Liberty Separate Baptist Church in Green County. He worked at Green River Lake for many years where he was fondly known as Big Daddy or Doc. Keith never met a stranger and loved to make everyone laugh. His greatest enjoyment came from joking and pranking until you laughed along with him. He had scores of “kids” whom he thought of as his own and in his heart, they all truly were his own.

A Celebration of Life service will be announced at a later time.

In lieu of flowers, the family requests donations to Sugarfoot Farms Rescue, which can be made at the Foster-Toler-Curry Funeral Home, 209 West Court St., Greensburg, KY  42743

Plant a tree in memory of Keith by clicking here.
To send flowers to Keith's family, please visit our floral store.

A service summary is not available

Plant a tree in memory of Keith
An environmentally-friendly option

Plant a tree in memory of Keith

1 tree planted in memory of Keith

You will forever live in our hearts. We have so many memories of all of us. We love you and miss you.😢

A Memorial Tree was planted for Keith Coomer

Plant a tree in memory of Keith